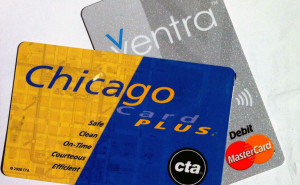 After witnessing several hundred seizures at the rehabilitation center where I worked, I came to recognize the early signs of a seizure.  They may be different for many people, but often there was a glassy look, a slight roll of the eyes, a twitch … some little sign that something major was about to happen.

In the days when the El actually had a conductor as well as an engineer — on a train with no seats available, and a smattering of people standing or leaning around the doors, I stood in the aisle.  In those days, it was common to see people walking between the trains, and it wasn’t unusual for people to pull the emergency cord at every stop.

An old man got in the train and made his way over to the aisle facing me as the train groaned and lurched forward.  He nodded slightly by way of greeting, then winked a little … then winked a bit more, with his eyes rolling back a bit … As he fell stiffly backwards, I took a look at where he was falling, and saw nothing but hard surfaces and metal seat supports everywhere.  I’ve seen people injure themselves with fewer hazards around during a grand mal, so I caught the old man, pulled him toward the doors where there was more room in the car, and held my hand under his head so it wouldn’t bang on the floor.

After a few minutes, the old man had stopped seizing and fallen into a deep sleep.  I checked to make sure he was breathing and stood up.  I now noticed that the train was stopped in the station, and all of the passengers had left the car.  The conductor made a nearly incomprehensible announcement over the PA system that the train would be stopped for a while.

The conductor walked over and I explained what happened.  He mentioned that he had called for paramedics and he’d appreciate it if I explained to them directly.  Within moments, they were carrying away the man on a gurney.  They didn’t ask me anything right there, but one of them said, “come with us” as they carried the gurney down the steps to the waiting ambulance.

It was a short trip to the hospital and they asked me to sit in the emergency room waiting room and they’d be back shortly to get my information.  At this point, I wasn’t entirely clear on what useful information I could provide, but thought they may have some more specific questions about anything I might have noticed that could be medically relevant.  Whatever it was, I hoped they would hurry up, since I was already pretty late for work.

After a while, a nurse came out, and said, “We have a few questions for you, if you don’t mind.”

“Well, first, what kind of insurance does your dad have?”

“What?”  I said, slightly off kilter.  “Did something happen to my dad?”  (In addition to being perfectly fine, my father was 800 miles away, so it was a nonsensical question, but it didn’t immediately occur to me why she asked.

“Your dad’s had a seizure.  Didn’t you come here with him?”

“No,” I said slowly.  “I came here with a man who had a seizure on the train, whom I do not actually know at all.  I don’t even know his name.”

At this, the nurse seemed slightly incredulous, as if I were involved in some kind of insurance scam.  “Why would you come all the way to the hospital and wait for somebody you don’t even know?”

At this moment, the paramedic who said, “come with us” walked through the waiting room.  I pointed to him and said, “because that guy asked me to.”

The paramedic gave me a sheepish grin, and explained, “uh, sorry, the conductor figured you must be related since you didn’t just leave the guy there.”

I had a heck of a time explaining why I was so late for work.